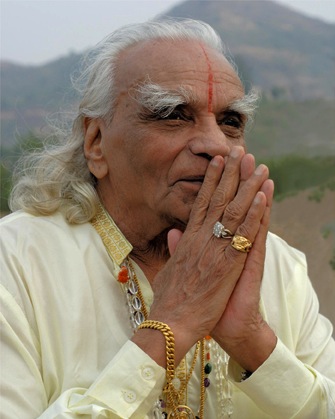 I have learned a great deal about the release of cellular memory through practising yoga postures and how specific body positions can ignite memory imprints at the cellular level (see Past Life Cellular Memory Surfacing through Yoga).  I enjoyed continuing my research into this work on a visit to the Ramamani Iyengar Memorial Yoga Institute (RIMYI) in Pune, India. 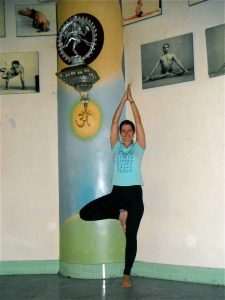 Throughout the month, I attended classes by Geeta and Prashant Iyengar, daughter and son of B.K.S. Iyengar.  Geeta focussed some classes on opening the chest, shoulders and upper arms.  I am a Harp Therapist and when I arrived home, I realised that my harp playing had greatly improved as a result of the release of cellular memory in my body and in particular from my chest, shoulders and upper arms.  My arms and shoulders felt lighter and I could sense the music being able to flow more freely through my body, down my arms to my fingers and into the strings.  It felt as if some cellular memory from within my cells had released from my chest, shoulders and arms and I had a sense of being able to play with greater ease.  This enhanced my harp playing for clients attending the Harp Alignment Clinic.

I now have a deeper understanding of Yehudi Menuhin’s quote: “Yoga made its contribution to my quest to understand consciously the mechanics of violin playing.”  I am now much more aware of how yoga improves my harp playing and that these two activities complement and enhance one another. 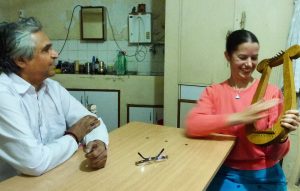 During my time in Pune, Korinna Pilafidis Williams, Editor of Dipika, the magazine for the Iyengar Yoga Institute, London (Maida Vale), interviewed Prashant Iyengar, son of B.K.S. Iyengar and director of RIMYI.  Nicola Wright and I were photographer and scribe respectively and I asked if I could play my lyre to him and he agreed.

Raya Uma Datta, one of the Institute’s teachers, asked for a recording of harp music for some film footage of B.K.S. Iyengar to be played at Yoganusasanam, a 10-day intensive taught by Geeta Iyengar.  I was delighted to hear that the music accompanied the film on Geeta’s 70th birthday.

On one of the weekends, my friends and I visited the temple carvings at Ellora and Ajanta.  I felt a greater connection to India and to the ancient art of yoga during this trip.