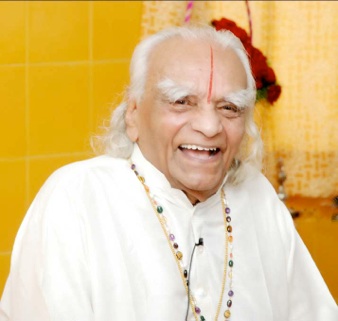 “But what of the memory of the body?  Does that also, like its conscious counterpart in mind have the capacity to enslave us or set us free?  It does, and here again the awakening of intelligence is critical.”

I have learned a great deal about the body through practising Yoga.  I first became interested in past life memory when I attended a seminar about holistic healing by Carol Lamb.  This led me to train in Soul Recall Therapy (the therapeutic release of memory imprints) with The Academy of Spiritual Sciences (with Carol as my tutor).  Although I was aware that yoga and soul recall bring integration, balance and harmony to the human energy field (known in yoga as the five kosas or subtle sheaths of the being) I had not realised any further links until my own therapy sessions began to reveal a pattern.  During my yoga classes, in some positions, I experienced unexplained physical discomfort or mental and emotional anxiety but had not known why.  Carol, as my therapist and tutor, explained to me that specific body positions can ignite memory at the cellular level. 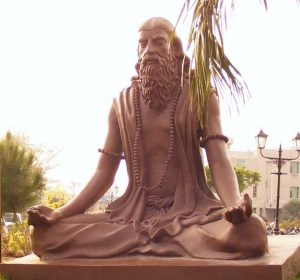 B.K.S. Iyengar followed the teachings of Patañjali, the 2nd Century BC Indian Sage who wrote the Yoga Sutras.  Patañjali stated that the soul becomes burdened with an accumulation of impressions as part of the karma from previous lives.  Yoga Sutra 3.18 states: ‘Through direct perception of subliminal impressions [samskaras], the yogi gains knowledge of previous lives.’

In ‘Light on Life’ B.K.S. Iyengar explains, ‘There is another subtle way in which memory influences our lives without our realising it.  The imprints of memory at an unconscious level act as a filter to perception.  Intelligence strives to see things as they are but mind and memory tend to interpret these in relation to the past.  The effect of this is imperceptibly to construct sandbanks of prejudice.  We are all aware of how prejudice acts retrospectively; you see something and place a distorted value judgment on it.  But prejudice also projects itself into the future, by which I mean that it influences us to see and therefore to experience only those things that will confirm what we already think.’

Iyengar also says that, ‘consciousness is potentially in every cell of the body but most of us are comatose.’  He explains that the nervous system reaches every part of the body and that where nerves are, mind is and where mind is, memory is. Repetitive actions depend on muscle memory and Iyengar used the positive example of cellular memory being in the potter’s hands.  He also highlighted that cellular memory can bring about negative behaviour and that yoga practice ‘brings the light of intelligence to our cells and roots out negativity.’

For my part, I have experienced the benefits of integrating yoga and soul recall therapy to release negative cellular imprints.  I have realised a direct link to yoga posture (asana) teaching through the Academy’s soul recall training programme.  Although I was aware that this therapy had been practiced by ancient cultures, Patañjali’s work provided me with an ancient connection specifically to two interests in my life – yoga and holistic therapy.

In a yoga class in September 2012, we prepared us to do Simhasana 2 (Lion Pose 2).  The preparation poses included Adho Mukha Swastikasana (Downward Facing Auspicious Pose) followed by Padmasana (Lotus Pose) or Ardha Padmasana (Half Lotus Pose) for those who cannot do the full pose of Padmasana (Lotus).

I had always found these postures uncomfortable in my hip joints, which would feel as if bone was rubbing against bone.  I would also feel a painful, tightening/burning sensation on the skin on the tops of my feet.  I had assumed that everyone had this skin sensitivity in their feet but after discussing with friends, I realised this was not the case.  I would often feel anxious at the thought of doing Padmasana (Lotus Pose) and would do Ardha Padmasana (Half Lotus Pose) instead.  I was unaware that I had allowed my mind to take over and irrationally convince me that I could not do the full pose of Padmasana (Lotus).  This anxiety would make me tense up, restricting the movement in my hips, creating more of the tightening/burning sensation on the tops of my feet.

When we came to do Simhasana 2 (Lion Pose 2), we tied a strap in a figure of 8 around our legs, to support them in the position.  I was fine with my right foot underneath but really struggled when my left foot was underneath.  On one occasion I became anxious, accentuated by having the strap tied around my legs and I quickly released myself but managed to make a friction burn on the top of my left foot.  This was the first time I’d actually received a friction burn mark on my skin in yoga.

I mentioned this experience at my therapy session with Carol later in the week, she suggested memory work might be helpful.  During the recall, I accessed a life as a young Chinese girl, taken from her family to become a concubine in the Chinese emperor’s harem.  Here her feet were bound in the traditional manner creating excruciating pain.  This life had left negative memory imprints – the samskaras often referred to as ‘wounds of the soul’.   The story of painfully bound feet linked to the pain of loss and separation from family by being bound to a harem.   As the memory surfaced my feet ached, particularly the left one and I felt again the burning sensation on the top of my left foot.

I noticed the discomfort on the tops of my feet had reduced in subsequent yoga classes and I was more easily able to do Padmasana (Lotus Pose).   As part of the follow-up healing, I focussed on releasing residual memory while practicing the Emerald Alignment, a specific exercise to balance, align and harmonise the subtle energies of the five kosas (human energy field).   I particularly noticed the relief when we repeated the same sequence of postures at a yoga class in March 2013.   As I tied the strap around my legs, I wondered if I would become anxious but when I didn’t, I realised that the memory of being in this position had released.   I was more relaxed in the pose, which enabled me to stay longer than I had prior to the therapy session.

This experience has taught me the power of yoga in identifying soul memories, which hold us back in life by making us act from the limiting perspective of negative memory imprints – a ‘subtle way in which memory influences our lives without our realising it’ as Iyengar describes.  I now understand why I sometimes feel physically, mentally and emotionally uncomfortable when I’m in certain postures and pause to consider whether positional memories are surfacing for release.

I qualified in Post Graduate studies within this specialist area and now combine my deeper understanding of positional cellular memory and its release through Soul Recall Therapy with my specialism in Music Therapy.  I am a Harp Therapist and incorporate harp music into the recall process to gently and safely aid the release of memory imprints.

As part of my research, I visited the Ramamani Iyengar Memorial Yoga Institute (RIMIY) in Pune, India, where my understanding of yoga deepened and my harp playing improved as a result of doing postures that focused on releasing cellular memory: Yoga Releasing Cellular Memory and Enhancing Harp Playing.

Listen to Paranormal Matters Radio show: Soul Journey – The Message in the Cells.

I would love to hear from anyone who has had similar experiences: rebecca.penkett@harpalignment.net